Songoftheday 8/9/22 -Such a sexy pretty little thing, fierce nipple pierce you got me sprung with your tongue ring... 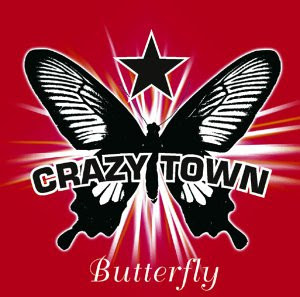 " Butterfly " - Crazy Town from the album The Gift Of Game (1999) Billboard Hot 100 peak: #1 (two weeks) Weeks in the Top-40: 18   Today's song comes from the nu-metal band Crazy Town , who came together in L.A. in the mid 1990s. Led by co-singer/rappers Seth "Shifty Shellshock" Binzer and Bret "Epic" Mazur,  they recruited guitarists Antonio Valli and Charles Lopez, bass player Doug Miller, DJ/turntablist Adam "DJ AM" Goldstein, and drummer James Bradley Jr, a veteran who goes back to touring with Stevie Wonder in the beginning of the 1970's. Signed to label giant Columbia Records, the band released their debut album The Gift Of Game in 1999. Two singles were promoted to rock radio, but neither " Toxic " or " Darkside " got any attention, and were a bit hard-edged for that format. Neither did the DJ promo " B-Boy 2000 " with rapper KRS-One, which was a melding of techno and metal. By this time Lopez h
Post a Comment
Read more 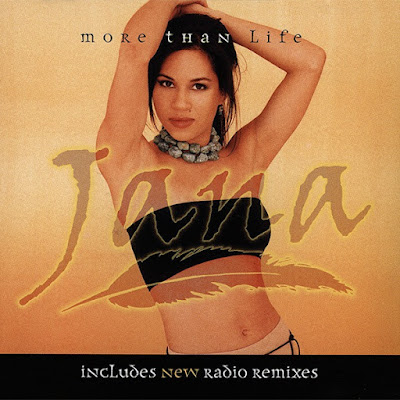 " More Than Life " was a club hit for Native American singer Jana (Mashonee). Released as a stand-alone single , the song was written and produced by Bob Parr and Alexander Siedl. On Billboard magazine's Dance Club Play chart, the single peaked at #42 in 2000.
Post a Comment
Read more 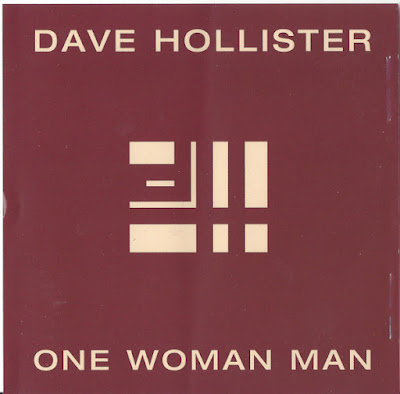 " One Woman Man " - Dave Hollister from the album Chicago '85...The Movie (2000) Billboard Hot 100 peak: #44 (two weeks)   This week's "robbed hit" comes from R&B singer Dave Hollister , who landed a top-40 crossover hit in the summer of 1999 with "My Favorite Girl" from his solo debut album Ghetto Hymns after leaving the group Blackstreet. A year later, Dave returned with his sophomore effort, Chicago '85...The Movie . The lead single from the record was "One Woman Man", written by producer Michael "Mike City" Flowers. In it Dave runs into an ex, and apologizes for his wilding ways. He says he's settled down to monogamy, and since he's with someone, he can't ask her back. While "One Woman Man" scored Hollister his second top ten R&B hit and highest rank at #8, the song stalled a few notches under the Hot 100 pop top-40 in February of 2001. The Chicago '85 album, released in November
Post a Comment
Read more

Songoftheday 8/8/22 - Said I know that things just ain't been right, forever's such a very long time we never even had a fight... 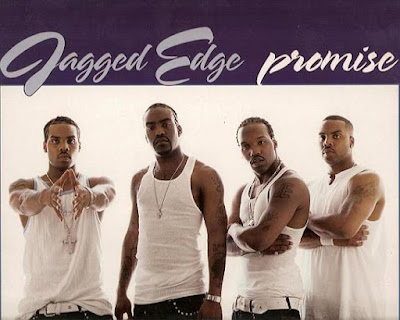 " Promise " - Jagged Edge from the album J.E. Heartbreak (1999) Billboard Hot 100 peak: #9 (two weeks) Weeks in the Top-40: 15   Today's song comes from the R&B vocal group Jagged Edge , whose second album J.E. Heartbreak (a nod to idols New Edition) had already scored a pair of top-20 pop crossover hits with " He Can't Love U " and " Let's Get Married " (lead single "Keys To The Range" sadly stiffed, it was better than both of them).  The fourth and final single from the record was the ballad "Promise". Written by members/brothers Brandon and Brian Casey with producer Jermaine Dupri along with Bryan-Michael Cox, Gary Smith, and Lechas Young, the song seems to have them begging a lover to stay with them, even giving up that they've never fought and that her friends are trying to convince her to leave, but tellingly not mentioning whether or not they've cheated. Hmmm. The production just steals the vibe (an
Post a Comment
Read more 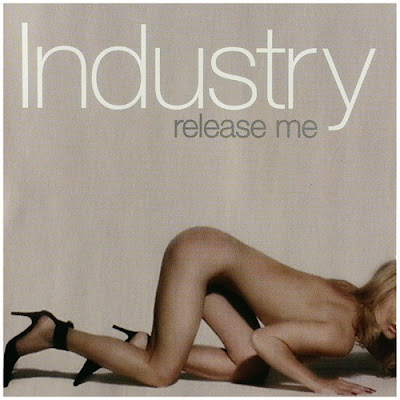 " Release Me " was a club hit for Industry, a moniker used by producers Christopher Joannou and Steve Cullo. Released as a stand-alone single, the song was originally written and produced by Joannou with vocals from Andrea Martin in 1994 and remixed for a re-release by the late Peter Rauhofer. On Billboard magazine's Dance Club Play chart, the single peaked at #7 on 2004.
Post a Comment
Read more

Songoftheday 8/7/22 - I'm getting a little tired of your broken promises, lookin' at your pager seein' different numbers... 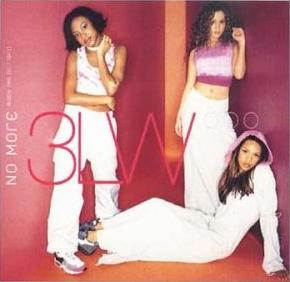 " No More (Baby I'ma Do Right) " - 3LW from the album 3LW (2000) Billboard Hot 100 peak: #23 (one week) Weeks in the Top-40: 14   Today's song comes from the female R&B vocal group 3LW (for "three little women"), who came together in New Jersey in the late 1990's. Signed to Epic Records, Adrienne Bailon, Naturi Naughton, and Kiely Williams released their self-titled debut album in 2000. The lead single from the record was "No More (Baby I'ma Do Right). Written by producer Sean Hall with Nate Butler and Cameron Giles, aka rapper Cam'ron, the song plays like a younger version of Destiny Child's "Bug A Boo", right down to the dated mention of beepers as they dismiss a cheating lover. It's sassy, the young women have the right amount of attitude, and while the song doesn't break any new ground, it's not offensive or bland (save for the use of auto-tune which does knock it down a notch)... "No More" b
Post a Comment
Read more 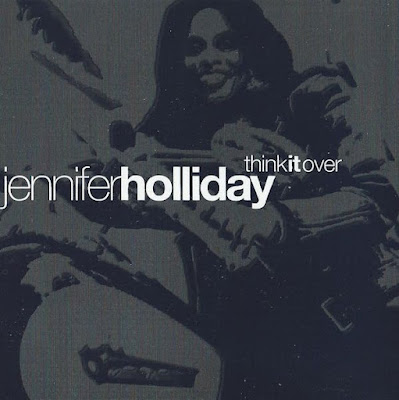 "Think It Over" was a big hit for singer/actress Jennifer Holliday. Released as a stand-alone single , the song was originally released by Cissy Houston in 1978, who wrote it with producer Michael Zager and Alvin Fields. Holliday's version was also produced by Zager, and remixed by the Thunderpuss team of Barry Harris and Chris Cox. On Billboard magazine's Dance Club Play chart, the single spent a week at #1 in 2000.    (Click below to see the rest of the post)
Post a Comment
Read more
More posts

twostepcub
A 50 (yes, now 50) year old cub tryin' to make it in this crazy world. You know the rules. Any clip will only be up for a limited time to hear out. Give a hand and go buy the record, either at the link or anywhere else you can find, so you can rest more from the artist. That's how they make their dough, so they can make more tunes. And of course any request from the artist or copyright holder to remove a clip will be promptly honored. I'm here only to spread the love.