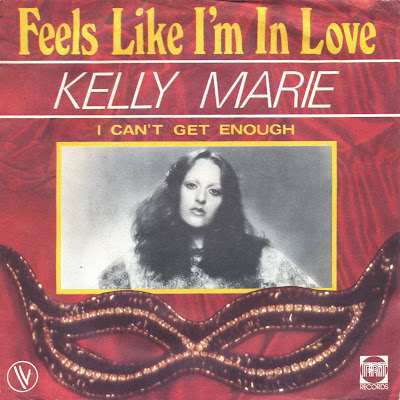 "Feels Like I'm In Love" was a club and international hit for Scottish singer Jacqueline McKinnon, who recorded under the moniker Kelly Marie. Written by Ray Dorset of the English rock band Mungo Jerry ("In The Summertime") meaning to have Elvis Presley record it, but with Elvis' death lay dormant. Kelly's recording of the song became a #1 pop hit in the UK, and eventually made it to American nightclubs helped by some fab remixes. On Billboard magazine's Disco Top-100, the 12" single with this song and "Loving Just For Fun" were listed as a single entry, and climbed to #10 in 1981.


And for a bonus, here's the 12" Extended version we heard in the clubs...

twostepcub
A 50 (yes, now 50) year old cub tryin' to make it in this crazy world. You know the rules. Any clip will only be up for a limited time to hear out. Give a hand and go buy the record, either at the link or anywhere else you can find, so you can rest more from the artist. That's how they make their dough, so they can make more tunes. And of course any request from the artist or copyright holder to remove a clip will be promptly honored. I'm here only to spread the love.